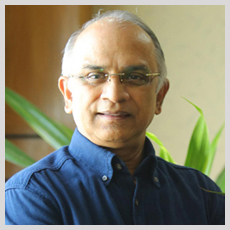 Graduated from Bangladesh Military Academy (BMA) in June 1984 and retired as Brigadier General on 01 January 2018. While in service Brigadier General Shams kept on moving to different appointments with time and rank. He had been a sincere, dedicated and committed officer while serving in Command, Staff and instructional capacity during the 33 years of military service. Experienced in working as a team leader in various situations, well organized and proactive in providing timely, efficient and accurate operational and administrative support to higher authorities and colleagues within the organization. After his retirement, he served in two private companies as Executive Director.

Brigadier General Shams has served as a Director of National Security Intelligence (NSI). As a director he could contribute to the highest level of intelligence, national security issues, national security strategy and factors, that influence national policy making. He Commanded one Infantry Brigade, Army Security Unite, Infantry Battalion, Rifle Battalion of BDR (now BGB), Rapid Action Battalion(RAB). During his service he could successfully create a healthy organizational environment that could act as a critical link between members and the leaders to maintain the effectiveness of the organizational activities and the quality of the organization’s outcomes. While serving, the officer had two tour of duties in the United Nation Peace Keeping Mission; one in United Nations Operation in Somalia (UNOSOM-1993/94) and the other in United Nations Mission in Sudan (UNMIS- 2007/2008.)

Before joining The Dhaka Mercantile Co-operative Bank Limited Brigadier General Shams had served in B.J. Geo-Textile Limited and Universe Synthetic Fiber Limited as an Executive Director. While serving, he directed activities starting from organization to planning procedures and coordinating functions among departments and sites. He is also experienced in evaluating performance of the company and staff as well as coordinating the program for improvement. He used to coordinate the activities of departments concerned with production, pricing, sales and distribution of products.

Brigadier General Shams was born on 01 January 1963 in Motijheel, Dhaka. He had his early schooling from Nawabpur Government High school Dhaka and passed SSC from the same school. He passed HSC from Notre Dame College, Dhaka. He also earned his Bachelors of Arts degree from Chittagong University. During his student life he used to play in Dhaka First Division Hockey League. He represented Dhaka Mohamedan, Wari and Victoria Sporting club. He was the team captain of Dhaka Marinar Young’s Club. He was selected for the Bangladesh Jubo Hockey team for participating at the Asian Youth Hockey tournament which was scheduled to be held in Kuala Lumpur, Malaysia before joining Bangladesh Military Academy in the year 1982.

Since childhood Brigadier General Shams had been a literature and culture enthusiast. He published numerous poems and writings including short stories in National Daily Newspapers before joining Bangladesh Army. At that time he was also the editor of two magazines named ‘Kotha’ and ‘Sondipan’. Currently he has been publishing various articles on both national and international current issues in National Daily Newspapers.

Brigadier General Shams is an avid Golfer. He was Vice President of Ghatail Golf Club and Rangpur Golf and Country Club. He is a life member of Dhaka Mariner Young’s Club. He is happily married to Ardey Zaman and a proud father of one daughter and one son.